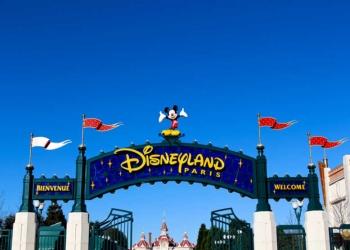 The town Dalhousie tucked away in the lap of Himachal Pradesh is a piace of paradise for all the tra....

Darjeeling tour package for a enchanting holiday in the picturesque town of Darjeeling. travelers lo....

This Beautiful 5 days Nepal tour package is a good way to explore Nepal with all its wonderful and s....

Hawaii is a state of the United States of America located in the Pacific Ocean. It is the only U.S. ....

The hill town of Manali draws tourists who enjoy the tranquility that prevails here. Surrounded with....

Enjoyable holiday in Bhutan with this 3 nights 4 days Bhutan family package and revel in the joy of ....

Arrival at the airport & transfer to the hotel, rest of day will be leisureso that you can relax after your long-haul flight.Paris,France's capitalisa major European city anda global centre fort, fashion, gastronomy and culture. Its 19th-century city scape is crisscrossed by wide boulevards and the River Seine. Beyond such land mark as the Eiffel Tower and the 12th-century,Gothic Notre-Dame cathedral,the city is known for its cafe culture and designer boutiques along the Rue du Faubourg Saint- Honoré.

This morning start your day with Guided Paris city tour to see popular sites like place de la Concorde, Arc de Triomphe, Notre Dame de Paris, Louvre Pyramid, Musée d'Orsay, PalaisGarnier Opera, Champs Elysees Street, Concords Square, a journey to the 2nd floor of the Eiffel Tower for breath-taking views and many other historic buildings. Later enjoy a cruise on River Seine. This Paris city tour will allow you to discover the habits of Paris people and how they perceive their own city. While visiting the main neighborhoods of Paris, you will admire the architecture of Paris that evolved along the years, and you will find your bearings there.

Checkout and board your coach to drive to Switzerland. On your way you will make astopat Geneva. Switzerland is a mountainous Central European country, home to numerous lakes, villages and the high peaks of the Alps. Its cities contain medieval quarters. The country is also known for its skiresorts and hikingtrails. Banking and finance are key industries,and Swiss watches and chocolate are world renowned.Upon Arrival, enjoy the orientation of Tour of Geneva. Later in the evening enjoy dinner in an Indian Restaurant and later checking at the hotel.

After breakfast, proceed to Montreux for photos hop stop and on the way orientation view of Vevey. Later proceed to Engelberg town- a base cable car station of Mt. Titlis. The TITLIS ROTAIR revolving gondola transports you easily to the mountain station. Take your time and visit the Swiss Watch shop, the world's highest watch shop. You can even have your photo take nin traditional Swiss costumein our photo studio at an additional cost. The glacier cave is only as now ball's throw from the mountain station. The glistening, blue ice tunnel leads deep down into the fascinating world inside the glacier. In the summer months,the Ice Flyer chairlift will take you to the glacier park where all kinds of fun snow activities await. Grab a snow tube or a speedy sled and whiz down the piste, whipping up plenty of snow as you go.You may alsodo the Titlis Cliff Walk is a pedestrian bridge along the cliffof Mount Titlis in the Swiss Alps. Later, in the early evening, proceed to Lucerne for Orientation tour and see the Chapel Bridge-The Chapel Bridge is a covered wooden foot bridge spanning diagonally across the Reuss River in the city of Lucerne. Named after the nearby St. Peter's Chapel, the bridge is unique since it contain sanumber of in terior paintings dating back to the 17th century, Jesuit Church- This beautiful church is considered to be the first large baroque style church ever built in Switzerland.Later in the evening we will have dinner at an Indian restaurant and later check-in to the hotel.

After the breakfast board the coach and proceed to Land quart Fashion Outlet. Here we will spend some leisure time for shopping and lunch; perhaps one can buy Swiss Chocolates too. Later we will proceed to experience the Scenic Train Ride (UNESCO Heritage Route ),while enjoying the panoramic views of the nature. Later in the late evening travel to Zurich for the orientation city tour.

Day 6Continue to your onwards destination

Enjoy the delicious cooked breakfast, and later transfer to the airport.

INR 30, 000/- Per Person will be cancellation charges NON REFUNDABLE (If Visa get approved).

Paris, France's capital, is a major European city and a global center for art, fashion, gastronomy and culture. Its 19th-century cityscape is crisscrossed by wide boulevards and the River Seine. Beyond such landmarks as the Eiffel Tower and the 12th-century, Gothic Notre-Dame cathedral,
Switzerland is a mountainous Central European country, home to numerous lakes, villages and the high peaks of the Alps. Its cities contain medieval quarters, with landmarks like capital Bern’s Zytglogge clock tower and Lucerne’s wooden chapel bridge.